I have great IELTS scores but a low CRS why? 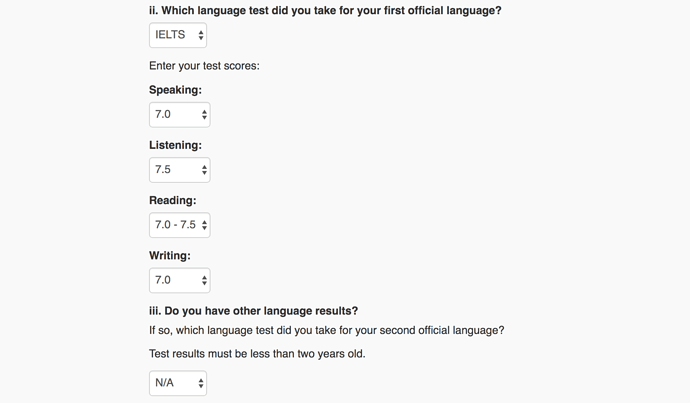 For the above score, it gives me 384 points. I am not sure If I am doing something wrong.
I have 5.5 years of experience and graduation degree.

Those are great scores for IELTS unfortunately you missed an all CLB 9 score by not getting an 8.0 in listening. If you had CLB 9 in all 4 language abilities then you would get double the points for education and work experience.

You only get points for a max 3 years of foreign work experience. Also there are a few other factors in the score like marriage status, education level and age. Age is a big one people loose a lot of points here.

Today I got my Ielts score. Its as below

With this score I am getting 435 as CRS score. Is its a good score? What are the chances of me getting PR with this score.

Should I write test again or do something else to increase my score.
Please let me know. I also wanted to know what are my next steps if this score is good to go.

You’re probably going to be waiting for a bit, the cutoff is hovering between 440 and 450 right now.

should I write test again then? or should I wait

Can’t predict the cut-offs but with the current trend, it seems unlikely that it would drop below 440. Since these extra points would take you beyond this threshold, it probably would be worthwhile to give another attempt.

If in the second attempt the score is below the previous one for some reason, I am not sure if you can still stick with the previous result or do you have to go with the latest. @vik @avj and others, can you please confirm that?

Is there anything else that can be done for increasing the CRS score. Because it looks like that even 441 is not really a great score.

I am not sure what else I can do.

441 should be good enough for you to get an ITA in the next two months atleast if not the next round. The score rose to 451 in the last draw because there was a 3 week gap which will not be the case very often.

You may give as many IELTS tests as you wish and use whichever result is the best. If the previous result is better than the latter one, that can be used too. Every time you give the test, you are given a different TRF number which needs to be provided in your EE profile so just provide the one for the test with the best results.

Definitely give the IELTS again. As others have mentioned in this community, high IELTS scores make a big difference to the overall CRS score. The next cutoff might be in the 440s so getting up from the 430s to 440s will surely help. Every point counts! All the best

Thanks a lot guys. Will write Ielts again… Took it lightly last time

Remember age and level of education is also a factor.

If you had a masters you would probably get a lot more. At your age with Masters, good IELTS score, and work experience you should expect to get 470+. You can also try to retake IELTS to maximize all sections. Another option is to look at a Canadian Masters.

I had registered for IELTS for Oct/13 at El Paso site, which was far from my home city.
Then a week before the exam, a slot opened up in San antonio and I decided to gave the test in San antonio.

(I was losing money for El paso test, but saved on flying and hotel. )

Now, I would be seeing a score of 0 in the El Paso test and some non zero (hopefully

) score in the San Antonio test.

Has anyone come across this scenario ? Also, could this be a problem with providing the test scores to IRCC as both tests were on same date . could it create any confusion ?

Thanks for the help.

Nope… Nothing will happen. You can write the test wherever you want and just provide the TRF number in the EE profile once you get your results. No one will monitor your absence or presence for IELTS exam. All the best

thanks @prabhakar_meduri.
One thing I should mention is that both the El paso and San antonio tests were on the same date.

so I am not sure how it would pan out.

but having a different TRF does provide some solace as retrieving record would be based on TRF.

od IELTS score, and work experience you should expect to get 470+. You can also try to retake IELTS to maximize all sections. Another option is to look at a Canadian Masters.

@avj -
I am 32, Married
Bachelors in Computer Science from India
IELTS : CDB 8 (above 7 in all sections)
10 Years of exp outside canada

I have applied with 416 score, not sure what i am missing and how to increase the score